Current Standards and Codes of Practice

Cold Food Code Part 1 Basic principles of thermometers and how to use them November 2020
The Australian Food Cold Chain Council has taken on the responsibility, with the help of many industry partners, of producing an expanded series of five codes, effectively replacing the Code of practice for the road transportation of fresh produce (1996). Part 1 deals with the principles and use of thermometers. Part 2, which will be in production during 2021 will be Guiding principles of fresh produce transport and storage 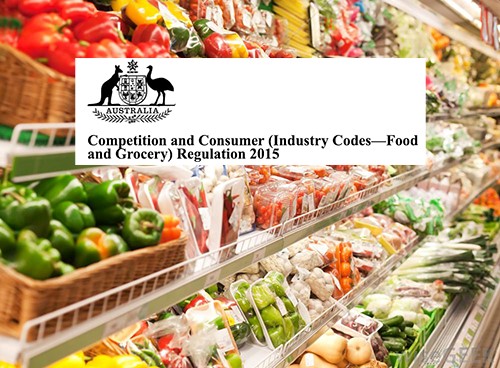 Food and Grocery Code of Conduct

The Australian Competition & Consumer Commission regulates the Code, which is a voluntary code prescribed under the Competition and Consumer Act 2010.

The Code governs certain conduct by grocery retailers and wholesalers in their dealings with suppliers. It has rules relating to grocery supply agreements, payments, termination of agreements, dispute resolution and a range of other matters.

The majors that have signed up to the code include: 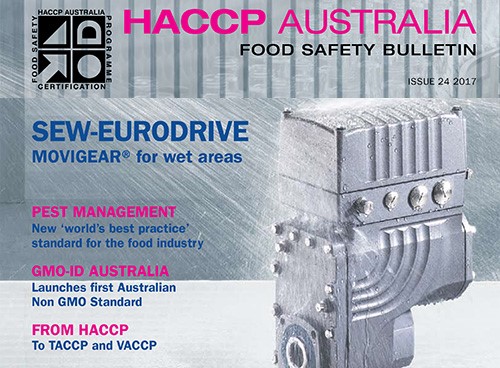 http://www.haccp.com.au
HACCP Australia is a leading food science organisation specialising in the HACCP Food Safety Methodology and its applications within the food and related non food industries. HACCP publishes many papers on food safety, and manages the certification of food safe equipment and conducts online training and workshops to assist companies in their application for food safety HACCP certification. 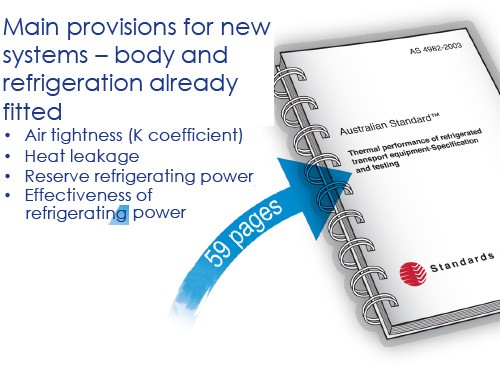 This standard is not generally followed, resulting in many of the cargo failures reported across Australia regularly. For the complete cold chain to work, transparency and visibility of temperature data is the first requirement across critical control points and across all stake holders. Food temperatures must be validated independently.

Standards are subject to strict copyright and can't be redistributed from any third party website. If you want to have a copy, the only option is to buy it from the link below.

THE LINK TO BUY THE STANDARD

Planned to be revised and absorbed into a five-part Cold Food Code, being sponsored by AFCCC and supported by leading industry organisations and companies
The first of these Codes was released in February 2021

This code, although a few years old, is considered to be a valuable tool against food spoilage and waste in the fresh produce sector.
It was originally commissioned by the Australian United Fresh Transport Advisory Committee, which was wound up in 2017. The code, a substantial three-book volume was gifted to NATROAD, a not-for-profit advocacy body, but no move has been made to update it, hence the initiative taken by the AFCCC to revise and enlarge the codes dealing with food handling through the Australian cold chain.

The original Code was driven to large extent by Gatton based Post-Harvest expert Anne Story along with prominent Fresh Produce transporters such as Lindsay Bros and Nolan’s Interstate Transport, Pickering Transport and Refrigerated Roadways. 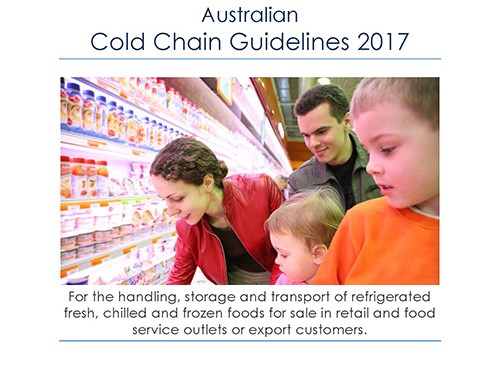 Australian Cold Chain Guidelines 2017
An initiative of the Australian Food & Grocery Council, these Guidelines are intended to maintain the safety and quality of food products as they are handled, transported and stored in their journey from producer to consumer.

Cool Chain Quality Indicator Standard (CCQI) 15 February 2008, Version 2.0
This standard, produced by the Cool Change Association (London) and Germanischer Lloyd (Luxembourg) specifies a cool chain related quality management system where an organisation, which aims to be certified according to this standard, demonstrates its ability to consistently provide high quality cool chain services combined with the organisational attitude for continuous improvement. It also provides a quality measurement for the logistic industry dealing with perishable and temperature sensitive products.

Protecting Perishable Foods During Transport by Truck July 2008
Produced by the United States Department of Agriculture, Agricultural Marketing Service, this is a revision of the handbook published in 1987, and reflects the dynamic changes and innovations in the handling and transportation of perishable foods. Some of these are the rapid change from hand- stacked loads to unitised loads on pallets and slipsheets, the use of microprocessors for more efficient refrigeration, and the use of satellites to monitor and control the performance of refrigerated vehicles during transit.

As a non-for-profit company, the Australian Food Cold Chain Council does not maintain offices, but the Board of Directors and select committees meet regularly in capital cities.

Decisions of the Board and all advocacy matters are handled either by the Executive Director Dr Greg Picker, the chair Mr Mark Mitchell, or appointed directors.

All communications should be directed to:
[email protected]

Any person or business in the food chain committed to the mission and values of the AFCCC shall be entitled to membership, and must be nominated by a financial member of the AFCCC and such nomination be approved by the Board.